Here you will find selected works and organ improvisations to listen to! For a complete list of compositions, see "Works".

for large symphonic orchestra was composed during the automn of 2018 and had it's premiere November 23 2018 at The King's Hall, KMH, Stockholm with KMH Symphony orchestra and Felix Bagge, conductor. Duration is approximately 12 minutes and the piece starts with the conductor leaving the stage. The first movement, "Force majeure", is therefore a improvisation for large orchestra which is, in a way, out of anyones control. The second movement, "Formation", takes what is "thrown out" in space and organizes it gradually to something very simple: three ascending pitches which then becomes the theme for the rest of the piece. "Ouvertyr" is a coda which brings the newly born theme to "the next level", transforming it from melody to texture, creating an "exit" from the music.

Variations on BÄCK for piano quartett was composed in 2019. It was premiered May 27, 2019 at Edsbergs Castle, Stockholm, with Siiri Alanko (violin) Saara Kurki (viola) Daniel Thorell (violoncello) and Joakim Martinsen (piano).

Sven-Erik Bäck (1919-1994) was a Swedish violinist and composer. He was also during a period the director of studies at the Swedish Radio school of music, at Edsberg, and he played an important role for the art music in Sweden during the 20th century.

Composed in 2019, 100-years after his birth, this piece is built around spectral variations on the two contrasting events in his name: "BÄ-CK". The piece explores the becoming of a musical form through the repetition and time-stretching of those two events and, further, the aftermath or sedimentation which is the result.

"I think over again
My small adventures
My fears
Those small ones that seemed so big
For all the vital things
I had to get and to reach
And yet there is only one great thing
The only thing
To live to see the great day that dawns
And the light that fills the world."

This anonymus poem, said to be of Eskimo-origin, inspired me to compose this "spring music" which is very much about the sensation of being "washed" in sound which here "fills the world".

O, Viola Riviniana for double choir was composed in 2016 and is dedicated to my mother, Viveca. The firs performance toke place the 24th of April 2017at Kungasalen KMH, Stockholm.

KMH Kammarkör and KMH Vokalensemble
were conducted by Tove Åhrman.

A completely spontanious improvisation made in July 2019 on the beautiful Swedish romantic organ by Åkerman & Lund in Alunda kyrka. This improvsation explores the thousands of timbres and sounds which can be discovered in the organ by manipulating the airflow to each pipe: from the very faint noise of air going through the blower all the way up to a "fragile" tutti. Turn up the volume and close you eyes!

And now to something completely different! Here we have nothing more (or less) then the main theme from Star Wars (and a bit of Zelda music) going through impressionistic treatment in realtime during a concert on the wonderful Ruffatti organ of Uppsala Cathedral, a few years back. Enjoy! 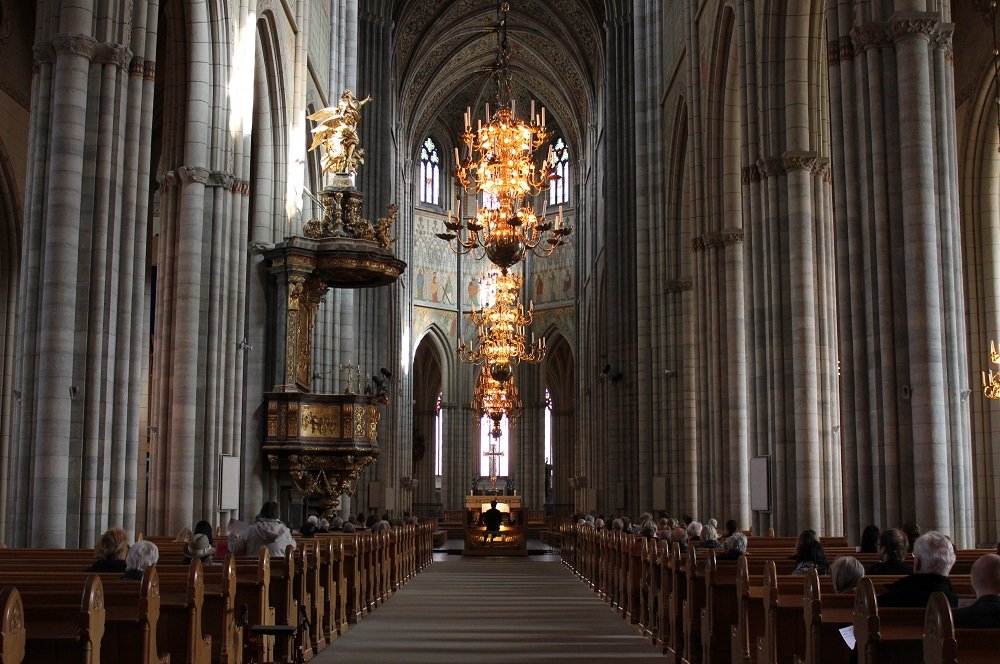